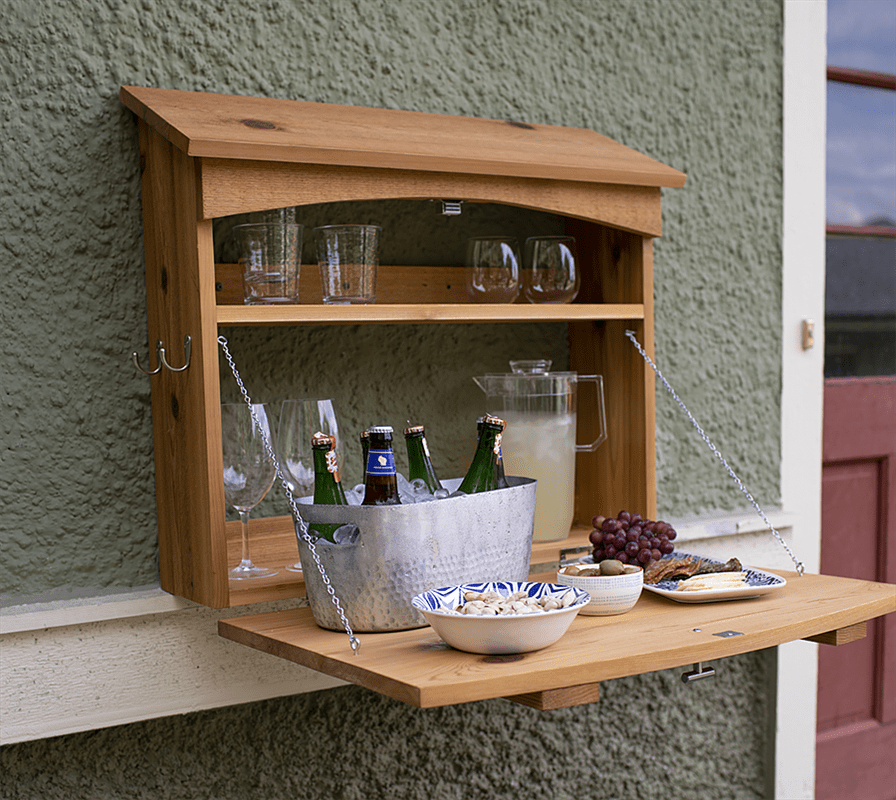 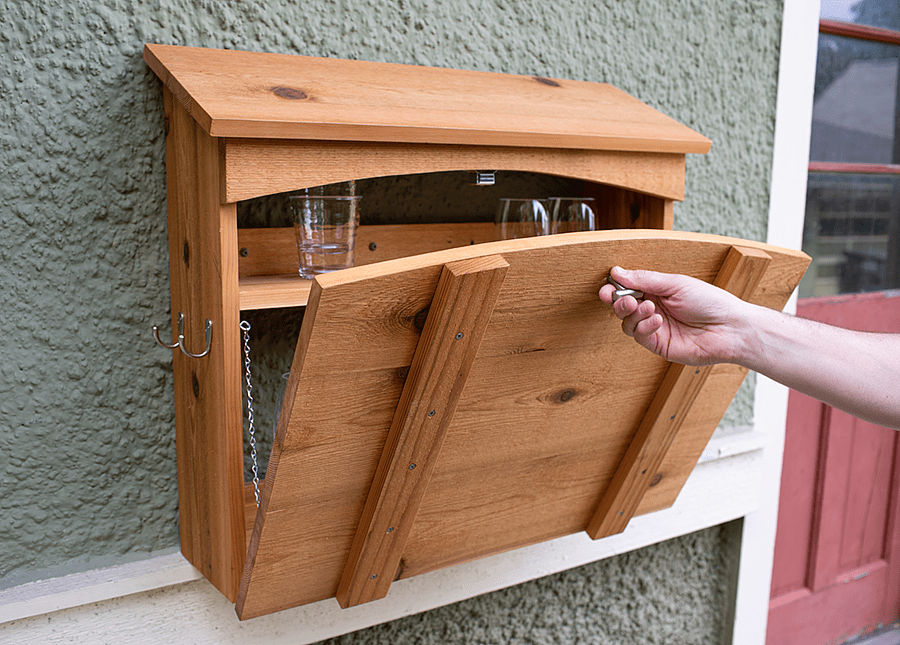 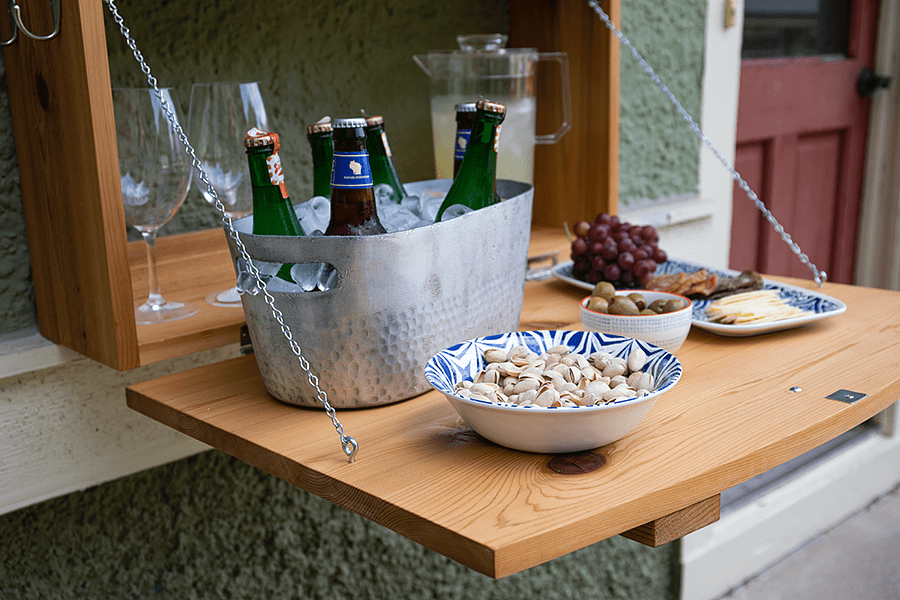 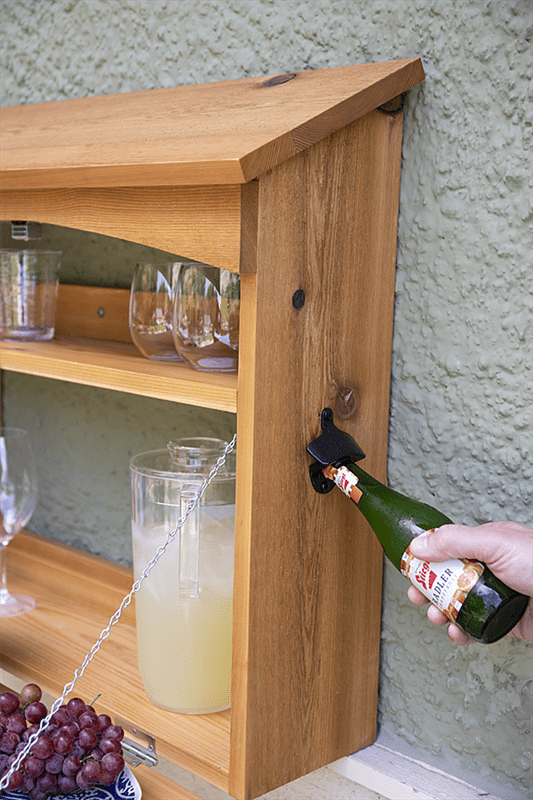 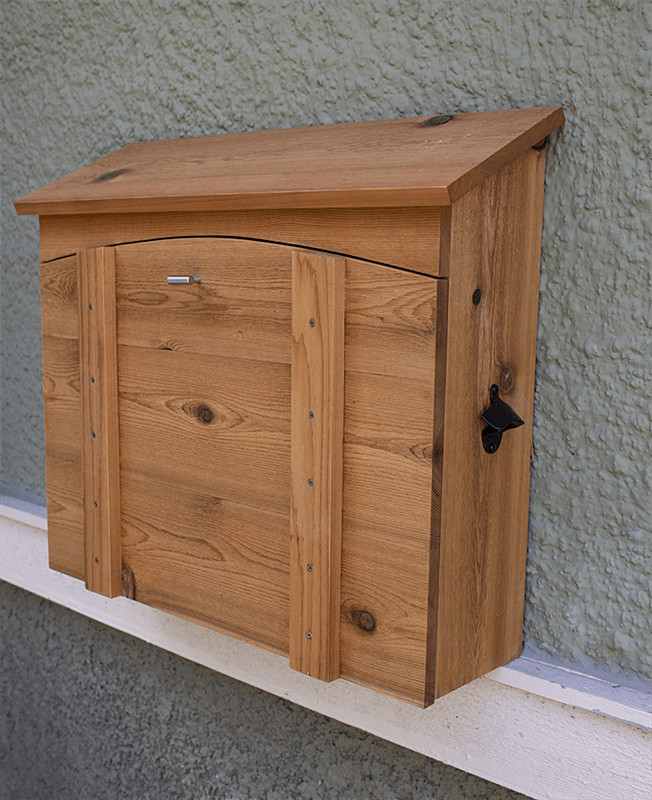 This versatile outdoor bar folds away when not in use, making it perfect for small spaces. The bar top provides just enough work surface to mix a cocktail or serve up brunch. The server is made from five cedar boards and goes together using pocket-hole joinery. You can build one in a weekend.