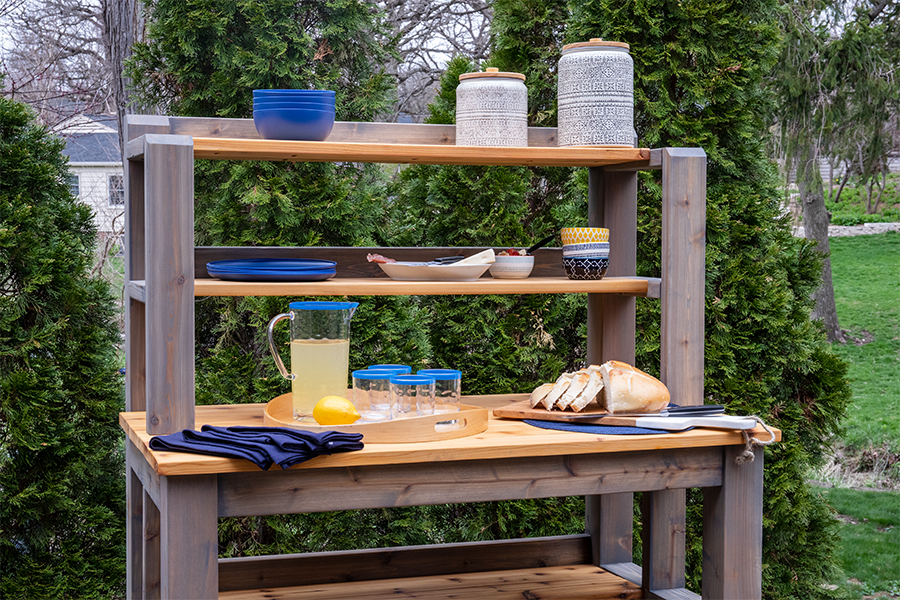 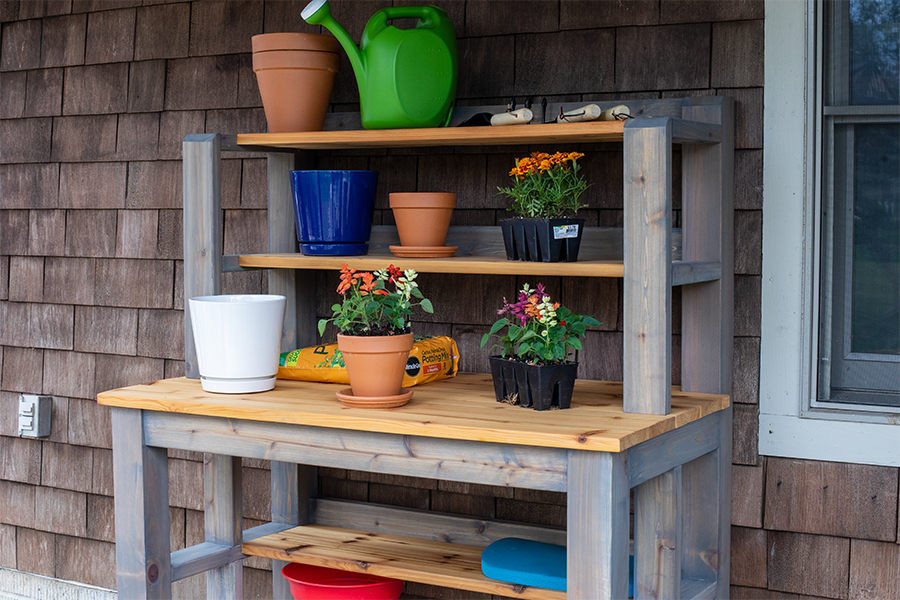 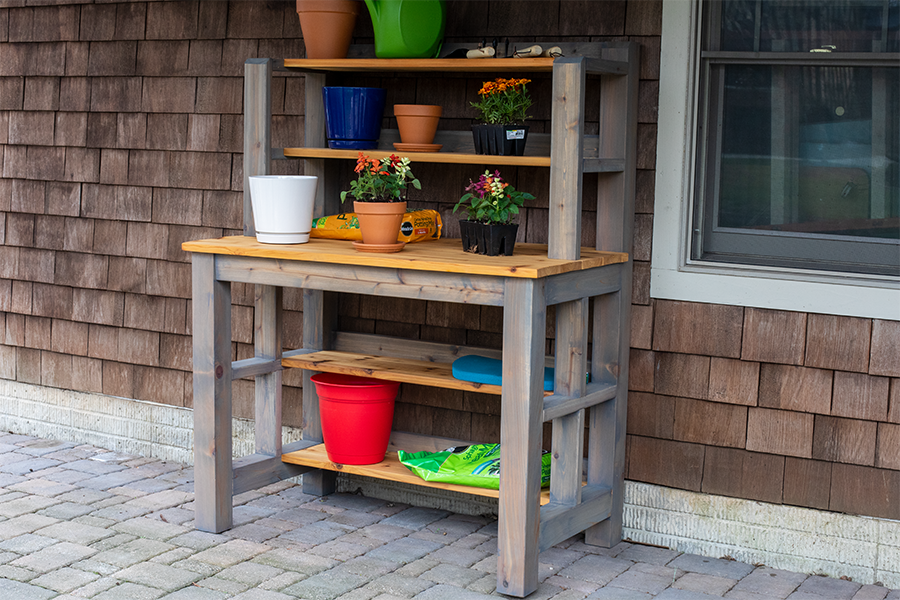 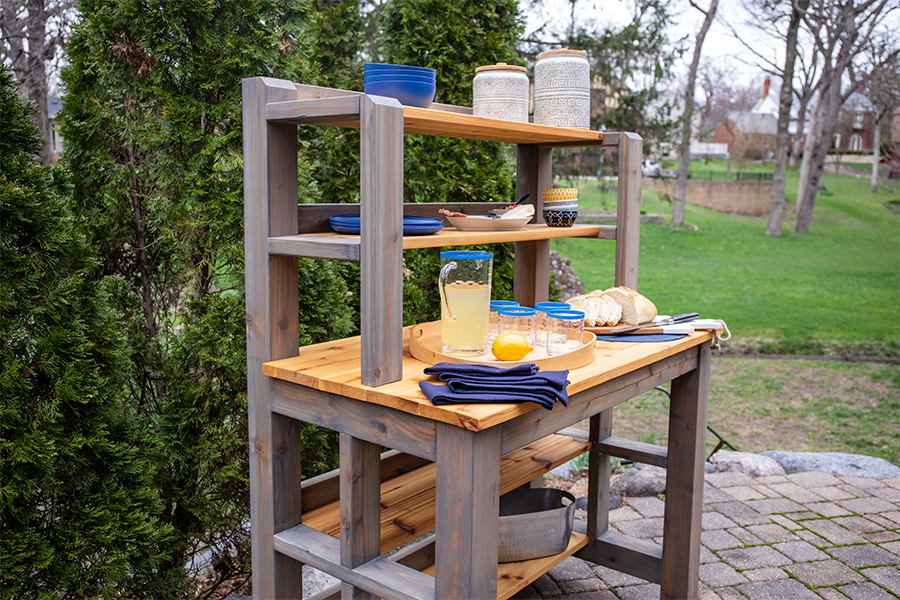 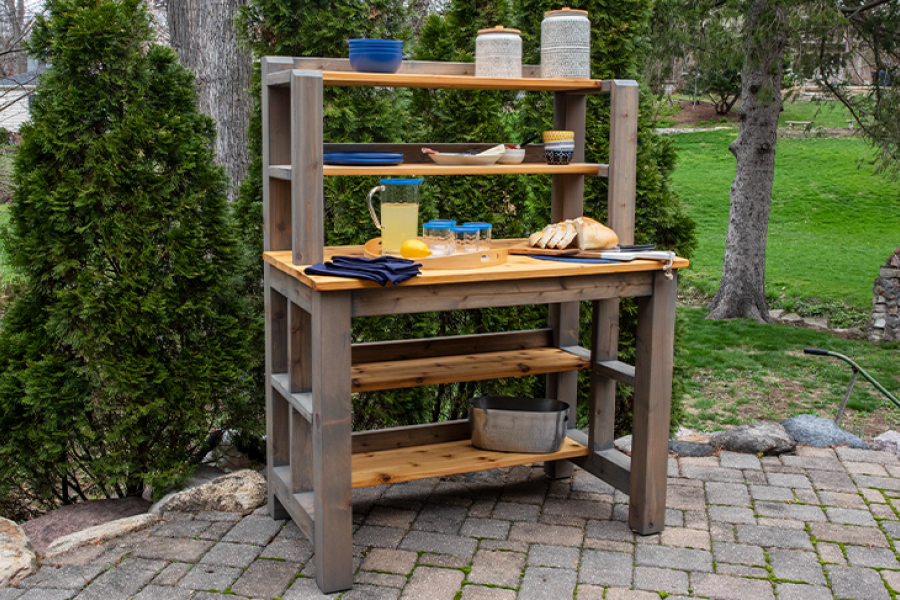 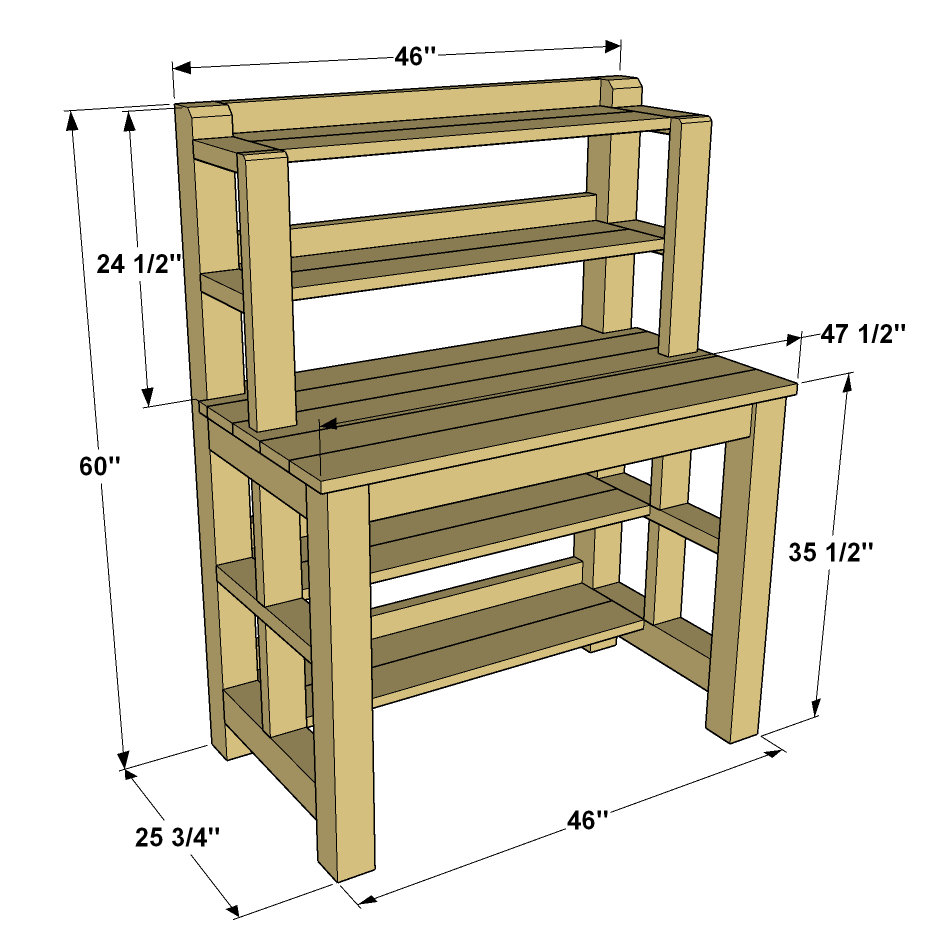 This handsome bench is ready to take on multiple duties. It’s rugged enough to serve as a great potting bench. It’s also handsome enough to be a great serving bench on your deck or patio. However you use it, you’ll get great looks, a big benchtop surface, and lots of storage space on shelves—all in a super-strong design that will last for years and look great, even in the elements outdoors. 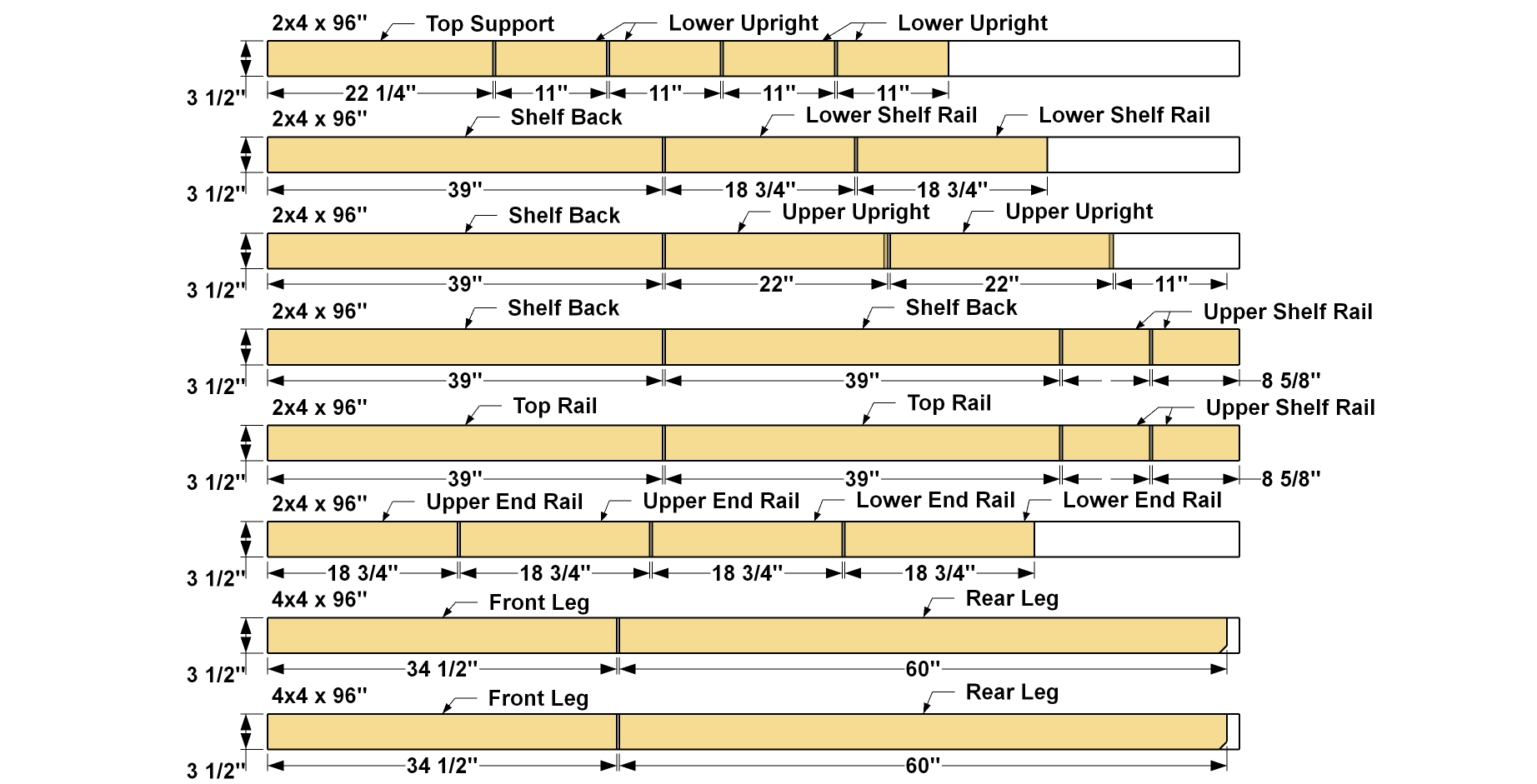 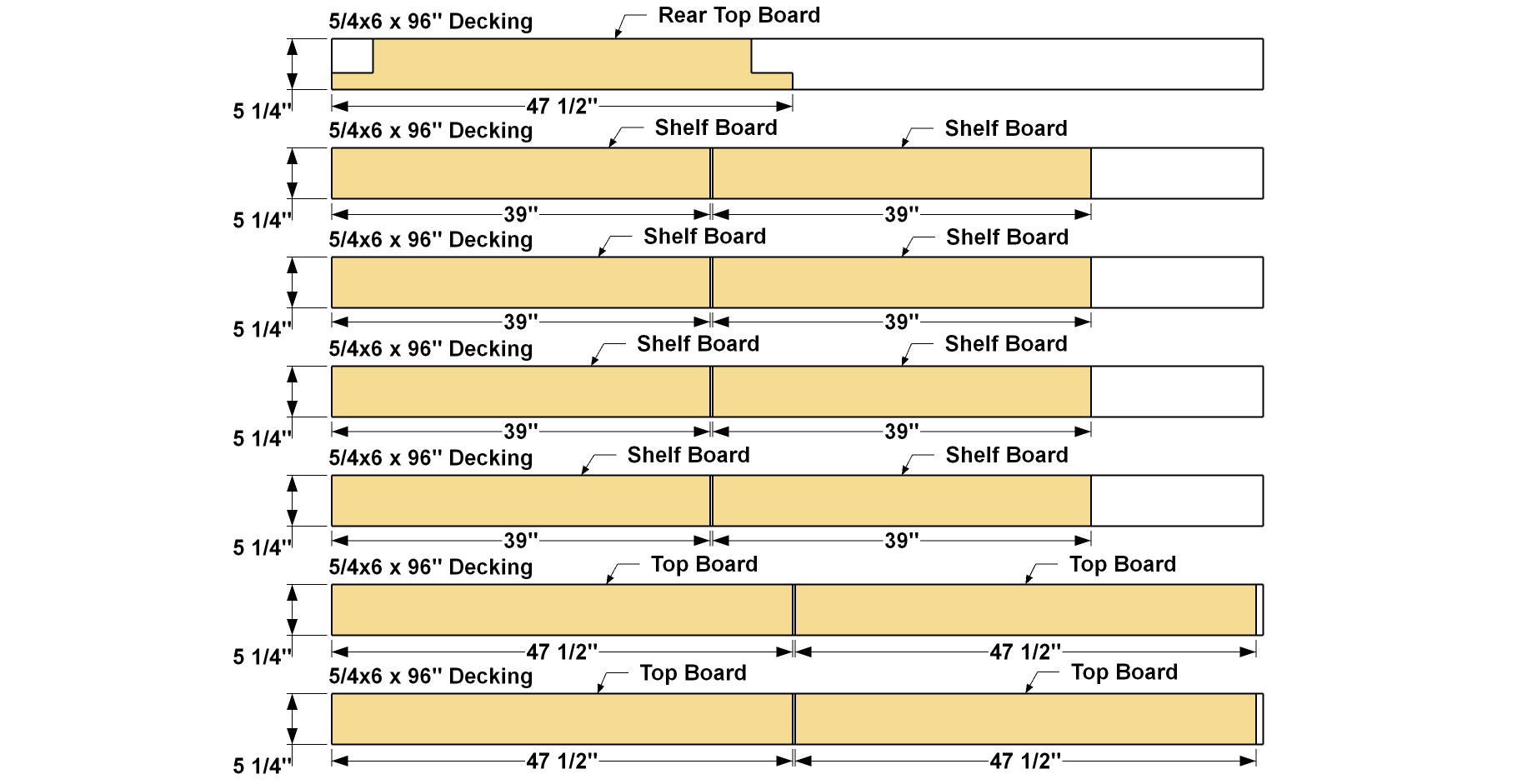